Can penguins and people get along? Citadel professor wants to know 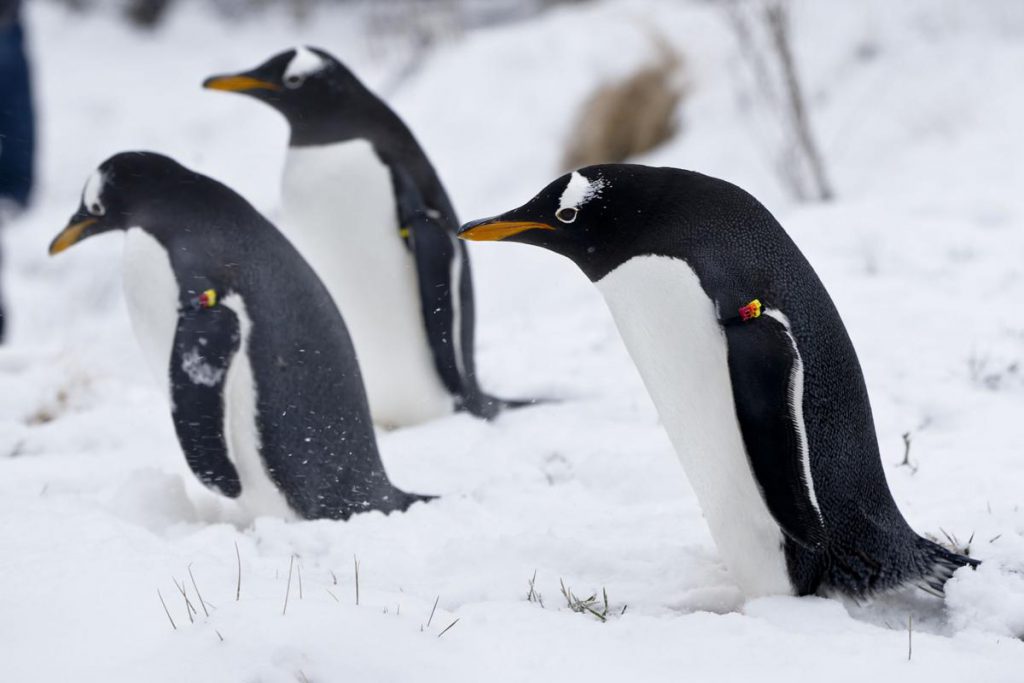 As seen in South Strand News

Twenty-five years ago, only about 8,000 hardy souls per year visited the frozen desert of Antarctica. In 2017, the number of tourists traveling to the world’s coldest continent was expected to reach almost 45,000.

And that prompts the question: Can penguins and people get along?

That’s one of the questions Citadel professor Dr. Paul Nolan is trying to answer in his ongoing study of Gentoo penguins in the Antarctic.

Nolan, director of biology graduate programs at The Citadel, has been studying penguins for much of his career, traveling to the Falkland Islands, the Indian Ocean and to Antarctica to photograph and collect data on the flightless, aquatic birds.

Nolan’s latest study is on Gentoo penguins, a species distinguished by a white stripe across the top of its head and a striking red-orange beak.

Last summer, Nolan and Brogin Van Skoik, a former Citadel graduate student who is now an adjunct professor, presented their preliminary findings at an international conference held by the American Ornithological Society.

The professors found, in Nolan’s words, that “well-regulated tourism does not correlate with levels of condition in the penguin colonies we studied.”

In other words, penguins and people might be able to get along — up to a point.

“It’s a big deal,” Nolan said. “But these are tentative, initial findings that have not gone through peer review. But when we presented at the conference, nobody busted our chops. We ran it up the flagpole and people saluted.”

Scientists have worried that increased contact with humans through tourism might harm Antarctic penguins, long isolated from human beings and their diseases.

Nolan and Van Skoik based their study on non-invasive techniques, taking photographs of penguins in 10 colonies and collecting feathers shed by the birds at each colony.

The color of the beaks, which reflects the concentration of carotenoid pigments, can be used to determine the overall health of the penguin. A deeper red means the bird is healthy, while a paler red shows up in a less healthy bird.

Using a stick with a color scale duct-taped to it, Nolan was able to photograph more than 50 birds in 10 colonies. Van Skoik’s inventory and analysis of the photos showed what Nolan called a “significant variation between the colonies.”

“The next question is, what correlates with that variation?” Nolan said. “We found that well-regulated tourism does not correlate with the health of the colony.”

A next step for the professors is to analyze the level of stress hormones in the feathers found at each colony, and to find out if those results match the beak-color analysis.

“It’s a big deal because Antarctica is a continent-sized wilderness area,” he said. “Should people be this close to the penguins? Are we freaking them out? There has not been a lot of research on this topic, on just how tourism affects the wildlife down there.”

Nolan said from his observation, tourism is carefully monitored in Antarctica. There are limits on the number of visitors and how close they can approach the penguins, and “zero tolerance” for leaving anything behind.

Nolan said his non-invasive techniques can work on birds closer to Charleston, like puffins and terns.

Department of BiologyGraduate CollegeSwain Family School of Science and Mathematics