Announcing The Citadel’s new Department of Intelligence and Security Studies

The Citadel now has the first, fully-dedicated Department of Intelligence and Security Studies offering undergraduate and graduate degrees, in the state of South Carolina. The Citadel Board of Visitors voted recently to establish the new department. Additionally, the college’s first group of cadets and students majoring in a new Bachelor of Arts degree in Intelligence and Security Studies is engaged in their studies, with 58 undergraduates kicking off the program this fall.

“We are living in a time of continuing transformation for governments and industries, which is Dr. Carl Jensen The Citadel creating a greater demand for sophisticated intelligence provided by trained experts,” said Professor Carl Jensen, Ph.D., founding head of the Department of Intelligence and Security Studies at The Citadel. “With its commitment to ethical leadership and academic excellence, The Citadel is uniquely qualified to educate the next generation of professionals in the emerging field of Intelligence and Security Studies.” 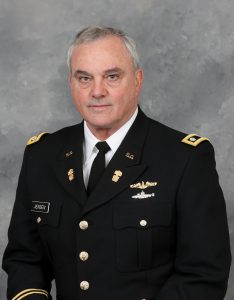 Jensen, a 22-year Federal Bureau of Investigation leader, served as a field agent, a forensic examiner/cryptanalyst, and a supervisory special agent in the Behavioral Science Unit, teaching law enforcement officers about violent serial offenders. He was also the lead instructor for the FBI National Academy’s terrorism course. Jensen, a Navy veteran, joined the RAND Corporation as a senior behavioral scientist after retiring from the FBI, later becoming a tenured professor at the University of Mississippi where he started a center for intelligence and security studies. Jensen joined The Citadel in 2015.

“The Citadel has educated principled leaders for intelligence work for decades. For example, in 2016, 13 graduating cadets joined the FBI in some capacity. Numerous cadets graduate to become officers in intelligence sections of U.S. military service annually. Our new programs are a reflection of the need to adapt to meet future demands,” Jensen added.

Since 9/11, federal security jobs grew by 377 percent. Current Bureau of Labor statistics on protective service occupations in South Carolina indicate that there are currently 46,240 positions in the state, and in 2013, there were more than 3,500 defense contractors operating in the state which were awarded almost $3.5 million in funding.

The undergraduate students select one area of concentration to include military intelligence, counterterrorism, Chinese area studies, business intelligence or general intelligence. The core curriculum includes an introduction to ethical principles in collection and analysis, with ethics integration throughout the program. Graduates will be prepared for analytic, operational, research and investigative national security and intelligence positions in military, governmental agency and private sector operations.

The full department program offerings include:

Additionally, the program requires a course in cybersecurity. The Citadel has been designated a National Center of Academic Excellence in Cyber Defense Education by the Department of Homeland Security and National Security Agency. 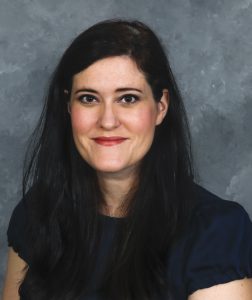 “Students who have an insatiable level of curiosity coupled with courage and discipline are good candidates to consider intelligence and security careers,” said retired U.S. Army Lt. Col. Michael Brady. Brady, a member of the new department’s faculty, led tactical and strategic intelligence functions including long range surveillance, interrogation, predictive analysis and emergency operations which included serving as the director for the Presidential Emergency Operations Center in the White House during the 9/11 attacks. He graduated from The Citadel in 1990. “Our graduates will have the critical thinking, writing, and briefing skills to guide their superiors in making decisions based on discerning credible intelligence knowledge from the massive amount of Dr. Melissa Graves The Citadel information being communicated.”

“With this action The Citadel becomes the only college in South Carolina, and one of the few in the country, to have a dedicated academic department in the vital discipline of Intelligence and Security Studies offering a courses from the bachelor’s through the master’s level,” said Dean of The Citadel School of Humanities and Soial Sciences, Bo Moore. “This department and its highly experienced faculty further strengthen The Citadel’s position as a regional, and emerging national, leader in the field.”