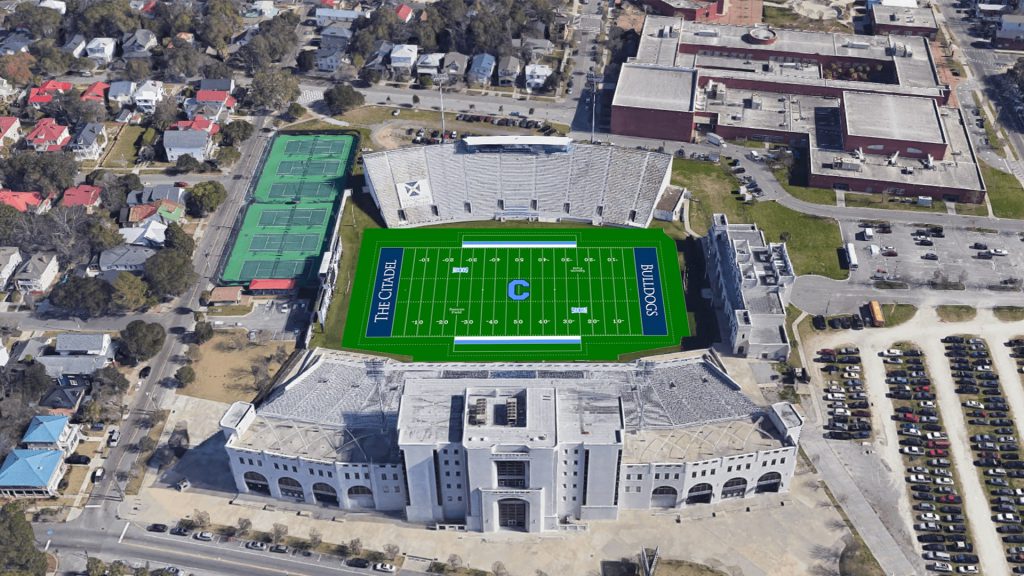 The Citadel is ready to install artificial turf at Johnson Hagood Stadium, with the new surface slated to be finished by the end of April.

The synthetic surface, made by Sporturf, will cost $1.5 million and is being paid for by a donor, athletic director Mike Capaccio told a committee of the military school’s Board of Visitors on Tuesday. Installation will begin by the end of January.

Replacing the natural grass at Johnson Hagood will allow the school to more readily host events other than the five or six home football games the Bulldogs usually play per season, Capaccio said.

“It allows us to do other things,” he told the board. “We’ve heard from rugby, lacrosse, soccer groups that want to come to Charleston. We need to use (the stadium) more than five times a year, and we’re going to have some opportunities because of the facility and the location.”

Concerts and high school football games are other events that the 11,500-seat stadium can more readily host due to the turf, he said.

The Citadel received approval from the state for the new turf in December after a “long, hard-fought battle,” said Jeff Lamberson, vice president of facilities and engineering.

Capaccio described the new surface as “state of the art” and “cutting edge.”

“It will be very low maintenance and should have a longevity of nine to 12 years,” he said. “There’s a padding underneath, but only the carpet on top will have to be replaced when it’s time.”

Citadel officials say they are still raising money for the planned renovation of the east side of Johnson Hagood Stadium, which currently has temporary stands.

Citadel basketball coach Duggar Baucom signed a five-year contract when he was hired in 2015, a deal set to expire on April 30, 2020.

Not reported at the time: The contract also included an automatic one-year extension that kicked in after Baucom’s first season, extending the deal to April 30, 2021, and making it in effect a six-year contract.

″… Should coach remain employed by Institution as head coach of varsity basketball on April 30, 2016, the term of his contract shall automatically extend until April 30, 2021,” reads the contract, signed by former athletic director Jim Senter.

The Citadel’s cadet student-athletes recorded a combined department grade-point average (GPA) of 3.142 for the Fall 2019 semester as 11 of The Citadel’s 13 athletics programs recorded a team GPA of 3.0 or higher. 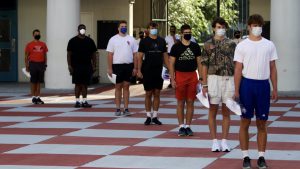 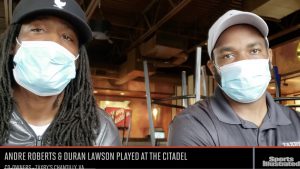 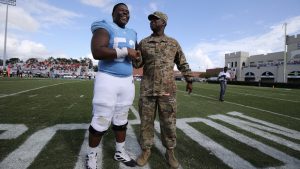 The Citadel to use new technology to enhance virtual learning

The Citadel to use new technology to enhance virtual learning