Getting to know Cadet Col. Nicholas Piacentini, Regimental Commander for the South Carolina Corps of Cadets 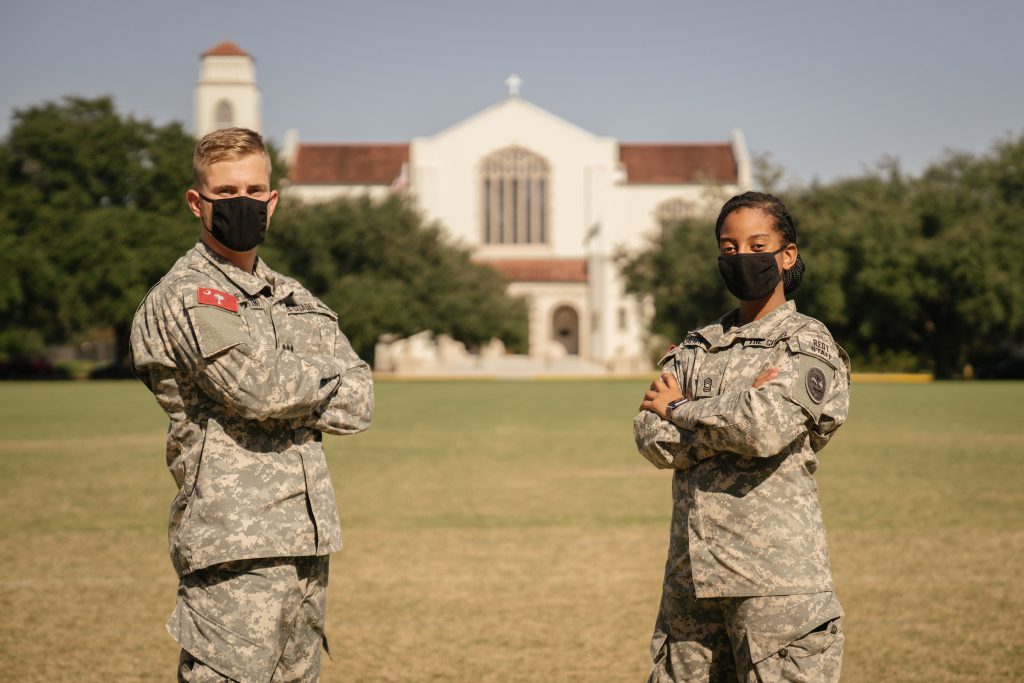 Every cadet has the opportunity to earn positions of leadership during their four years at The Citadel. Some push themselves to make it all the way to the top.

The highest position in The South Carolina Corps of Cadets (SCCC) is regimental commander, and this year it is Cadet Col. Nicholas “Nick” Piacentini. He is a Political Science major who attends The Citadel on a Navy ROTC scholarship and is expected to earn a commission to become a naval officer upon graduating.

Piacentini is from Hollidaysburg, Pennsylvania. The town of about 5,700, between Pittsburgh and Harrisburg, almost makes Charleston look like a major metropolitan city. At The Citadel, Piacentini is responsible for just a little under half of his hometown’s population: 2,300 cadets.

Leading the Corps is always a demanding job, but in the middle of the coronavirus pandemic, some of those demands are even more substantial. Piacentini is accountable for the health, welfare, discipline, and academic proficiency of every cadet.

Cadet Samantha Walton is the Regimental Public Affairs NCO, working to support Piacentini and other cadet leaders. Recently Walton asked Piacentini a series of questions to help others learn more about him.

SW: What does being the Regimental Commander mean to you?

NP: Obviously, it is a tremendous responsibility, but also a tremendous honor to have the duty to oversee and be held accountable for everything that happens within the Corps. I am entrusted to make the best decision for the Corps of Cadets, regardless of the popularity of that decision.

However, being the regimental commander does not define me. I am simply a cadet that fills a billet. I join a long line of people who carried out the same duties, and I am entrusted to leave things better than I found them, as all before me have done.

SW: What do you plan to accomplish this school year for the corps?

This year, I wanted to execute a Cadre period on campus, keep the SCCC on campus for the entirety of the first semester, prioritize the mental health of all cadets and keep that a priority, and hopefully return to a sense of normalcy next semester.

Although uncomfortable, the college has done everything in their power to mitigate the adversity we face. The college’s leaders setting this example have pushed me to follow suit and keep a positive outlook on the year.

We hare striving to be an example of what right looks like, and I think it is going as well as possible up to this point. Our success in continuing in-person on campus this fall is a testament to the type of person The Citadel molds, those who understand it is their duty to protect others as well as themselves.

SW: When you were a freshman, did you ever see yourself as regimental commander?

NP: Yes, as a freshman, I came to The Citadel with high expectations for myself. After being exposed to the fourth-class system, I began to understand the importance of pushing your limits. As long as you had a vision of what you wanted to achieve, you could accomplish any goal. I was awestruck by Dillon Graham, regimental commander my knob year, by the example he set and the respect he’d earned.

At an awards parade second semester, Graham earned an award based on of his service to the Corps and his accomplishments. After hearing his accomplishments listed, I continuously asked myself, why not me? If Graham accomplished that much, why could I not follow suit, or even try to do more? This became my goal and has continually pushed me to be better and better each day.

SW: What separates you from our past regimental commanders?

NP: This year, COVID-19 has presented an obstacle and enemy that cadet leadership has not faced before. This has not only been challenging for me to deal with personally, but also as a leader in the SCCC. It challenged me to disregard my doubts toward what the pandemic really was, recognize the environment we needed to operate in as a school, and continually strive to keep a positive attitude while executing this year’s campus operations.

I understand that my attitude towards this school year has a tremendous impact on how my fellow cadets approach the year. This has forced my team and I to re-think how we do normal things, to stay committed to the team effort, and execute this as perfectly as possible, with the many unknowns we face. Although it is an unusual year, our mission has not changed.

SW: What kind of leader would you describe yourself as?

NP: I do my best to be a leader who holds the line, can be trusted to do the right thing, but also someone who prioritizes their people. I also strive to be someone that influences people to set a higher standard for themselves, based off of both my actions and words. Without integrity, as a leader, you fail to have respect. Ultimately, I believe these qualities are what breed respect for someone. Respect from cadets, the people I am leading, is the most important thing to me right now.

SW: As the country continues going through uncertain times, what is your plan to keep us all unified as a group? How do you move the dialogue for the Cadets to understand that despite our differences of gender, race, religion and political affiliations it takes all of us to make up the wonderful corps of cadets?

NP: One of the best parts of this institution is the fourth-class system; the answer to this question is found within the structure of it. When entering the gates of the Citadel, you are stripped of all individuality. You become one with your classmates, and ultimately all members of the Long Grey Line when you leave. You vow to live your life according to our core values of honor, duty, and respect.

We stand in unity because we have sworn to uphold our reputation as Citadel men and women. Regardless of our backgrounds, what part of the nation or the world we are from, or our personal opinions, we remain unified through our core values, no matter the adversity we face.

SW: What will you miss most about the Citadel after you leave?

NP: The people are what truly make this place something special.

You are surrounded here by people that expect more of themselves than most. I never would have thought that I would look up to others who are the same age or just a little older than I am as much as I do here.

Additionally, I have had countless mentors that have developed me personally and professionally. Because of the people here, I am a better person now, than I was when I came here. I have made relationships that will stand the test of time, with people that I know I can always count on to have my back and push me to never stop striving, favors I will gladly be returning to them.