Behind the Scenes: 1989 grad talks planning at the CDC 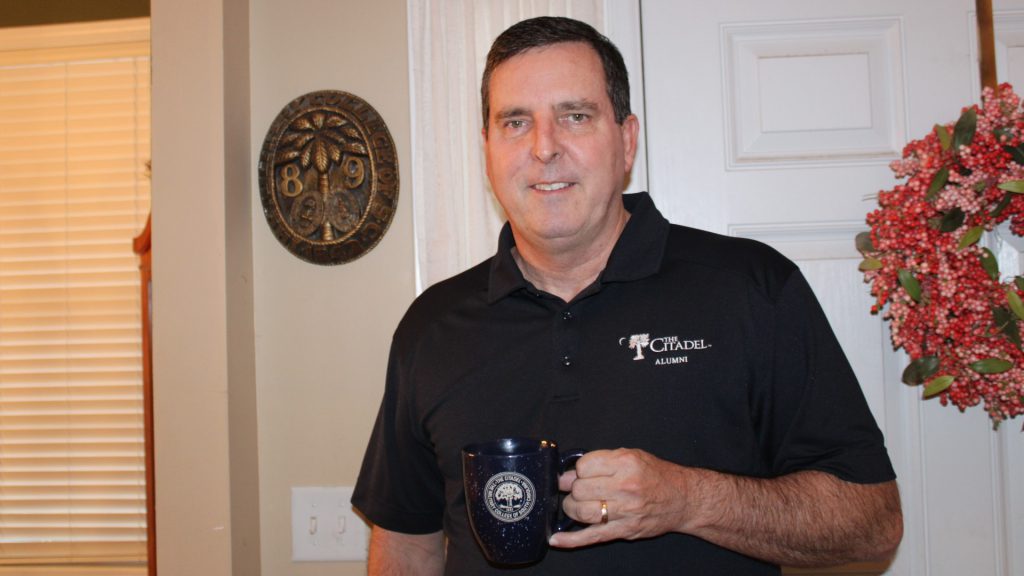 It’s been a little over a year since the novel coronavirus first hit Bill Howard’s radar, and life has changed dramatically in those 12 months. The 1989 graduate no longer makes the 40-mile commute through Atlanta traffic to his job at the Centers for Disease Control and Prevention (CDC). Instead, he grabs a cup of coffee from his kitchen and heads to work in an office he’s set up in his home in Locust Grove, Georgia. He doesn’t miss the commute, but he does miss the office camaraderie and the ease of dropping in on a colleague to discuss a project. Now, a phone call, a Zoom meeting, an email or a text has to suffice.

“Part of what we normally do for a response,” said Howard, a team leader for preparedness exercises, “is come together to the CDC’s Emergency Operations Center and provide an agency-wide coordinated response to the public health threat, in this case, COVID-19.”

After the 9/11 attacks, the federal government adopted the National Incident Management System in 2004 to facilitate coordination among all levels of government. The CDC uses NIMS to create public health plans for responding to incidents—incidents such as the coronavirus. After serving in field artillery branch of the U.S. Army, where he coordinated complex, multinational preparedness exercises, Howard joined the CDC in 2012, and the job was a perfect fit.

“At the CDC, we’ve increased our public health response capacity to give public health professionals the ability to distribute guidance, to deploy rapidly to locations upon request, to help augment, support and provide subject matter expertise to a local jurisdiction or a state, and to coordinate and communicate with numerous key stakeholders at all levels of government,” said Howard.

Five years ago, long before Zoom became a commonplace virtual meeting platform in offices and households everywhere, Howard brought Zoom to the CDC to conduct virtual preparedness exercises across the nation. And long before the arrival of the novel coronavirus, Howard and his colleagues were conducting pandemic emergency exercises, which included difficult scenarios involving potential school closures. Last spring, when Ohio Governor Mike DeWine became the first to shut down schools statewide, Howard and his crew saw their pandemic planning coming to fruition.

“It was amazing, and the closings spread like wildfire,” said Howard. “And while it created challenges for schools, parents and employers, everybody knew that’s what had to happen.”

Howard grew up in Bradenton, Florida. His father, also named Bill, is a 1961 graduate. As a high school student, Howard knew he did not want to be on the six-year plan, like some of his friends who were attending Florida colleges, and The Citadel’s compulsory evening study period appealed to him. “I liked the fact that there was a focused time for your academics,” said Howard, “which is the main reason you’re in college.”

After a 20-year career in the Army in planning, the CDC job was, according to Howard, “God’s plan, because he always laughs at mine.”

Not long after Howard arrived at the CDC, back pain sufferers in the United States who had been treated with a contaminated epidural steroid were coming down with fungal meningitis. The contamination occurred at a compounding pharmacy, and because of the CDC’s swift response, the threat was contained.

Polio eradication has been an ongoing effort of the CDC, and when Howard first arrived, there were three countries in the world where wild polio* remained endemic—Nigeria, Afghanistan and Pakistan. This fall, thanks to the CDC’s efforts and international partners, Nigeria was declared to be wild polio free.

Perhaps still part of God’s plan for him, Howard’s experience combating epidemics across the globe was suddenly put to use in the U.S. last January, as the novel coronavirus spread across the nation. He never expected all those years of readiness exercises and planning for public health crises would prove invaluable so close to home, but he and his CDC colleagues were ready to spring into action.

“Even though this coronavirus is totally new to scientists, discovered little more than a year ago,” said Howard, “I have peace of mind knowing that the United States has such a wealth of dedicated, intellectual public health experts working hard every day to draw us out of this unprecedented pandemic.”

*Note: Wild polio is naturally occurring polio. A weakened strain of poliovirus, which was included in the initial oral polio vaccine, led to vaccine-derived polio. For additional information, see the CDC’s page on Vaccine-derived Poliovirus.